A new game of psychological horror and monster-hunting in Jacksonian Gothic America.

Inspired by the work of Edgar Allan Poe, this game centers on the struggle to overcome perversity by hunting down those who have fully given into theirs and turned into literal monsters.

You will face horrors that stir your Imp to offer you more and more of their own perverse power. Can you resist that temptation to regain your humanity?

Or will you embrace it, and become a monster yourself?

There is also a free download of the playtest Beta files, if you want to check it out before purchasing the full release.

Find out more about the game, including information about ordering the physical book, by clicking here. The physical book is a 224 page full-color cloth-wrapped hardcover, and is available to purchase for $34.

Imp of the Perverse is set in a Gothic Jacksonian America of the 1830s-40s where monsters are real. One player takes on the role of the Editor, who creates monsters and sets the stage for the rest of the players, who take on period-appropriate protagonists, to fight against the horrors that stalk the night. These protagonists have an Imp of the Perverse on their own shoulders, impelling them to commit terrible deeds. Only by fighting those who have given in to their own Imps, and literally transformed into creatures of the night, can they gain redemption and reject their Imp - but the struggle itself continually tempts them to embrace their perversity and become damned themselves.

This world contains a Shroud between the world of the living and the world of the dead. Imps come from beyond the Shroud, and they actively want to drag their afflicted back across. Hence, whenever a monster appears, all those with Imps on their shoulders can feel it, like a pressure wave of perversity sweeping over them. Every Chapter starts with the protagonists actively aware that something is wrong and a monster is near; gameplay is about discovering the specific nature of the creature, exploring how the horror it brings to the world resonates with your perversity, and then confronting the creature to end the threat it poses. 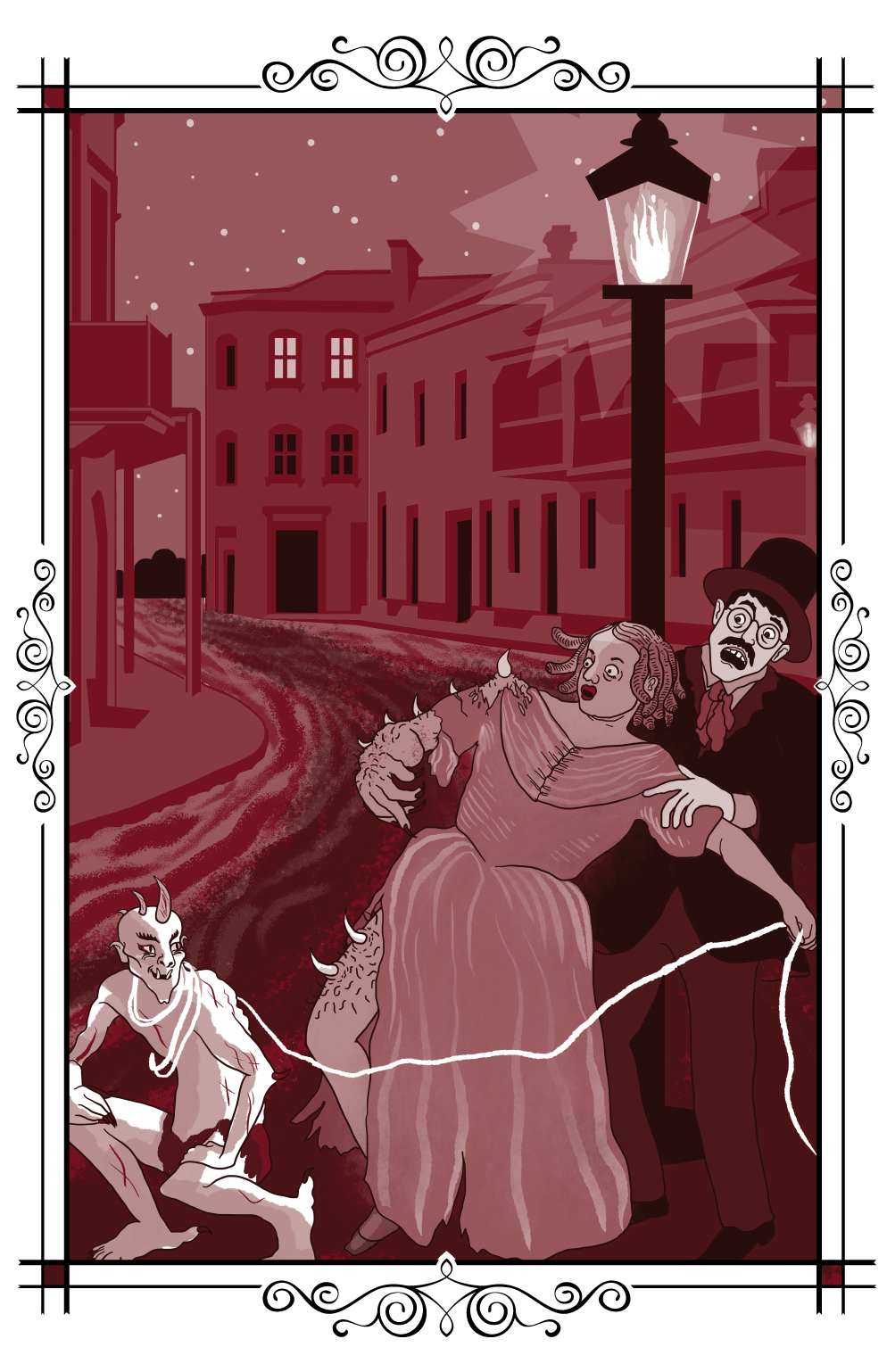 The core mechanic of the game is a simple d6-based system that represents the tension between perversity and humanity. While the odds are in perversity's favor, it is certainly possible for a character to fight for regaining their full humanity, and end their story free of their Imp.

This is a world, much like our own, but with this key difference: human passion can pierce a hole in the Shroud between the living and the dead, and invite in the terrible things that we (still) remember as monsters. This is the world that contains The House of Usher, that once saw the Masque of the Red Death, that averted its eyes from the Conqueror Worm. This world contains monsters, yes, and today we have many names for them. But then, they were simply the expressions of souls over-full to bursting.

Imp of the Perverse is set during the decades of the Jacksonian Era of American history, which happens to coincide with the majority of the creative life of Edgar Allan Poe: the 1830s and 1840s.

In addition to being thematically resonate to the inspiration for the game, this period was a really interesting and dynamic time! The method for making protagonists, through a question-and-answer survey, embeds them in social, familier and professional circles of the time. You do not need to know a lot about history to play, but the text does provide an overview and some specific details that you can use in play to contextualize your game.

In order to download this tabletop RPG you must purchase it at or above the minimum price of $13 USD. You will get access to the following files: 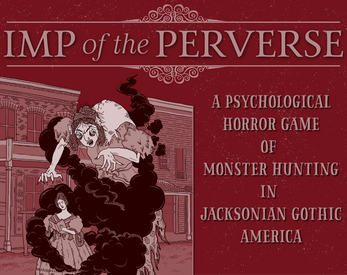